Find here a selection of Quotes and Quirps which we have come across in our practice and gave us a thing or two to ponder upon or just made us smile... 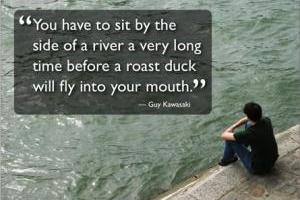 The difference between genius and stupidity is that genius has limits. Anonymous.

As long as we persist in our deepest destiny, we will continue to grow. Denis Waitley.

Smooth seas have never made a skilled mariner. Anonymous.

We must learn to live together as brothers or we will perish together as fools. Martin Luther King.

Never play with the feelings of others, because you may win the game, but the risk is that you will surely lose the person for a lifetime. Shakespeare.

I am thankful to all those who said "No" to me. It's because of them I did it myself. Albert Einstein.

If friendship is your weakest point, then you are the strongest person in the world. Abraham Lincoln.

The weak can never forgive. Foregiveness is the attribute of the strong. Mahatma Ghandi.

If you tell the truth you don't have to remember anything. Mark Twain.

Both optimists and pessimists contribute to society. The optimist invents the aeroplane, the pessimist the parachute. George Bernard Shaw.

In the race for quality there is no finish line. David T Kearns.

Right now, I’m having amnesia and déjà vu at the same time. I think I’ve forgotten this before. Steven Wright.

I'm only responsible for what I say, not for what you understand. Anonymous.

Feel the fear and do it anyway. Susan Jeffers.

If women didn't exist, all the money in the world would have no meaning. Aristotle Onassis.

You only live once, but if you do it right, once is enough. Mae West.

If you want children to keep their feet on the ground, put some responsibility on their shoulders. Abigail Van Buren.

Some of us think holding on makes us strong; but sometimes it is letting go. Herman Hesse.

The old believe everything; the middle aged suspect everything: the young know everything. Oscar Wilde.

Real golfers don't cry when they line up their fourth putt. Unknown.

Cherish your visions and your dreams as they are the children of your soul, the blueprints of your ultimate achievements. Napoleon Hill.

Take care of your body. It's the only place you have to live. Jim Rohn.

There are only two days in the year that nothing can be done. One is called yesterday and the other is called tomorrow, so today is the right day to love, believe, do and mostly live. The Dalai Lama.

I try to take one day at a time but sometimes several days attack me at once. Ashleigh Brilliant.

Whenever you feel like criticizing any one… just remember that all the people in this world haven’t had the advantages that you’ve had. F. Scott Fitzgerald.

The secret of getting ahead is getting started. Mark Twain.

It’s not who you are that holds you back. It’s who you think you’re not. Denis Waitley.

If you find yourself in a hole, the first thing to do is stop digging. Unknown.

As I hurtled through space, one thought kept crossing my mind – every part of this rocket was supplied by the lowest bidder. John Glenn.

How old would you be if you didn’t know how old you are? Satchel Paige

Print this page | Back to top